You are using an outdated browser. Please upgrade your browser to improve your experience.
by Bryan M. Wolfe
August 31, 2012
One of the companies tasked with mass producing screens for Apple’s next iPhone has yet to do so due “in part to manufacturing difficulties.” This report, which was first published by The Wall Street Journal, suggests the sixth-generation iPhone could be in short supply when it is released. Japan’s Sharp Corp. is having difficulties producing screens for the next handset, even though they promised Apple they would begin shipping them by this time. Instead, it is now “unclear” when Sharp will be able to begin shipping displays to Apple. Thankfully, Sharp isn’t Apple’s only LCD supplier. Japan Display Co. and LG Display Co. are already shipping screens for the next iPhone, according to the report. As a reminder, Apple is widely expected to announce the next iPhone on Sept. 12. Of course, this is only a rumor, as Apple has yet to announce a media event for the announcement. Hopefully, the problems at Sharp won’t delay the iPhone launch. Stay tuned. Source: The Wall Street Journal Photo: iPhone mockup, CNET 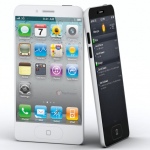 Could The iPhone Be Delayed?
Nothing found :(
Try something else