You are using an outdated browser. Please upgrade your browser to improve your experience.
by A.T. Faust III
August 3, 2012
Phil Schiller, Apple's Vice President of Marketing, took the stand today during his company's current case against Samsung's alleged patent infringement. During his time on the stand, he reportedly held firm on Apple's claims that the accused electronics giant engaged in blatant theft of the protected iPhone design. The executive even used terms like "copy," "steal," and "ripoff" to describe Apple's Korean rival and its various products. But all that was expected. What wasn't expected, however, was this little nugget:

Phil Schiller on stand said before making the iPhone, there was discussion of Apple making a camera or a car — "crazy stuff."

Never mind the camera; before going all in on the iPhone, Apple seriously considered building a car! Unfortunately, there was no elaboration on the subject, but if you're in a particularly Photoshoppy mood, feel free to whip up your own iCar design and share it in the comments. Here's mine: Source: @nickbilton Via: TUAW 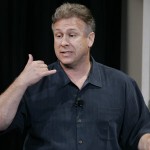 Forget iPhone, Apple Wanted To Make What?!
Nothing found :(
Try something else