You are using an outdated browser. Please upgrade your browser to improve your experience.
by A.T. Faust III
August 3, 2012
While the iPhone might be the most popular and desirable gadget of all time, some global markets are seeing handset sales crippled by the tech's high price of entry. Moscow-based OAO Mobile TeleSystems, Russia's largest iPhone carrier, is particularly frustrated. The company criticized Apple for not doing enough to bring the price of the newest iPhone down from its lofty $1000 perch. The telecom is also unhappy that Apple requires retail stores carrying its products to meet certain business and consumer standards. MTS vice president of marketing Vasyl Latsanych says of Apple (via Bloomberg):

They’re more in a dictatorship mode where they say, "This is what you have to do or you don’t get the iPhone." Being arrogant with your partners in big markets doesn’t pay off.

Of course, being ignorant with your partners in big markets doesn't pay off, either. Apple is doing what Apple's always done: controlling its product and controlling its image. No carrier gets especially "agreeable" terms because no carrier has the all-important leverage to dictate them. MTS wants Apple to subsidize the iPhone because they won't (or can't) subsidize it themselves. Unfortunately, that's not how subsidies work, as Apple hasn't a lucrative subscription model attached to its wares to recoup the upfront losses that such programs require. When and if the price of the iPhone in Russia proves to be costing Apple cash, the Cupertino company will adjust its regional retail values. Until then, though, don't expect to see MTS -- or any other service provider -- making the rules. Like Tim Cook said during Apple's latest earnings call,

I firmly believe that people in the emerging markets want great products like they do in developed markets. [Our goal] is to make the very best product, and that’s more important and overshadows all other things.

Like everything else in life, you gotta pay to play. Source: Bloomberg Via: TUAW 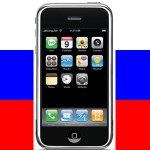 In Soviet Russia, iPhone Buys You?

In Soviet Russia, iPhone Buys You?
Nothing found :(
Try something else