You are using an outdated browser. Please upgrade your browser to improve your experience.
by A.T. Faust III
August 7, 2012
In America, it's no secret that the iPad has been selling like gangbusters. In fact, this past sales quarter saw Apple sell more tablets than ever before, and the pace seems about equal all over the world. Even in China, where knockoffs are plentiful and competition is fierce (especially on the low end at sub-iPad prices), Apple is massively outpacing all comers. According to China Daily European, research firm Analysys International pegs the iPad's current market share at just over 72.6 percent for Q2 2012. This represents a massive 20.06-percent increase over Q1's numbers, which is normally a jump you'd see spread out year-over-year. Of course, if Apple is gaining ground, others must be losing it, and that seems to be the case for Lenovo and Samsung. In the Chinese market, the former (native) brand -- officially recognized as the world's second-largest PC maker -- is sitting comparatively pretty at an 8.38 percent share, but the Korean latter has seen its influence fall from over 10 percent last year to a meager 3.59 percent since. The uptick in iPad popularity has been attributed to the hype behind Apple's newest Retina model and the accompanying price-drop of the iPad 2. Source: China Daily European 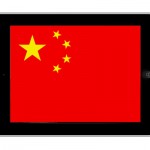 On Strength Of New iPad, Apple Eclipses 70 Percent Of Chinese Market
Nothing found :(
Try something else