You are using an outdated browser. Please upgrade your browser to improve your experience.
by Christine Chan
August 14, 2012

Nom Nation (Free) by Channel Four is one heck of a delicious trip to the past. If you dig the platformer genre, then you will appreciate the noms offered in this free title, which can also be played in your browser or on a PSP.

So what exactly is Nom Nation? There’s a place called the Land of Nom, which is filled with happy, edible creatures fittingly called Noms. These adorable foods will release special powers when consumed by our protagonist, Chef. Unfortunately, the Noms are threatened by the corporate fat cat, Jabber the Gut (King of Food Convenience), who is the head of a fast food giant. Jabber has stolen “The Book of Nom,” and tore out 10 pages from it, which all have sacred recipes that tell of how the Noms can combine forces to protect those that eat them.

Yes, I know how ridiculous the story sounds, but that's part of what makes this little game so great. Your mission is to find and collect all 10 torn pages as Chef travels around the Land of Nom, since he is the only one that can save the Noms. You'll get tips from the the Nom's deity, as well as other creatures that are living in this absurd world. 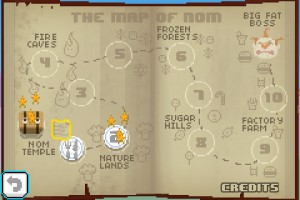 There are 11 different levels to go through in the Land of Nom (10 regular levels plus a boss fight), and I am finding them to be quite difficult. So if you’re looking for a challenge, you’ll definitely find it in Nom Nation. The only way to make progress is to clear the level before it, of course. There are checkpoints scattered in each level, so you are able to pick up from the last one if you end up dying.

Controls are what you would expect from a platformer. The buttons on the left are for moving left and right, as well as up and down on ladders. On the right hand side, there is a button to jump, as well as various action buttons that will change depending on the scenario. For example, if you come across a Nom, two action buttons appear: grab and eat. If you get a special ability from a Nom, you are able to use the ability button, which is represented by a lightning bolt.

You will get plenty of tips on new obstacles as you come across them, so it’s not like the game just throws you out to fend for yourself right away. As you are adventuring, you will encounter the different types of Noms. There are five different types (think of the good old food group pyramid), and each will give you a different kind of ability, depending on what group it belongs to. These foods will reappear after a few seconds if they are consumed, so you can keep using them. Plenty of Noms reside in the land, so you’ll have to play hard to find them all and get bonuses in the Temple of Nom.

High sugar or caffeinated items may give you a Sugar Rush (faster movement), vegetables will gift you with the Fart Bomb, proteins will endow the Power Punch to you, fatty items will make you Super Sized, and more. It’s important that you use these abilities to your advantage, as you may not be able to advance without them.

Some items can be combined for even better abilities like the Rage Mode, and if you can complete the Magic–5-plate or complete your vitality shield, you will get extra health and defense. Just like in real life, it’s good to have variety in your diet. If you are able to collect all of the rice grains that are in each level (100 total), then you will also get bonuses and a better rank. 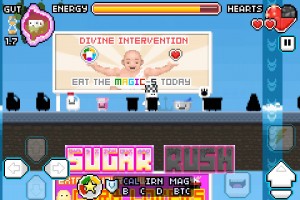 While the Land of Nom already has many obstacles that will make your journey to defeat Jabber more difficult, there are also be enemies called the Burnt Bits. These were once Noms, but they come from Jabber’s furnaces and act like zombies. They will kidnap fresh Noms, but can be defeated Mario-style (jump on top of them). Some of them can even be used to help you fly.

Nom Nation features 8-bit graphics and a fun chiptune soundtrack, so those who grew up on the retro platform games should feel right at home. While there are no scores in the game, Game Center is still supported for 10 achievements.

I found Nom Nation to be extremely fun but challenging, which is a good thing. I do wish that the controls were a bit better, because currently, it seems to have a very small capacitive range for the movement buttons. I found myself pressing the wrong button quite often, or not pressing the button I wanted at all. Improvements should be made to streamline the controls.

Besides that, I highly recommend picking up and checking out Nom Nation. It’s a hilarious game that features satire (fast food corporations), vintage graphics and music, a challenge, and lots of fun. Best of all, it’s free, so there’s no reason not to.

If you're interested in other platformer games, make sure to check out our other reviews. 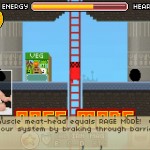 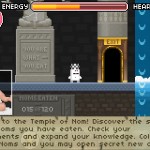 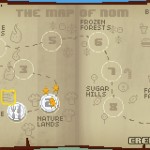 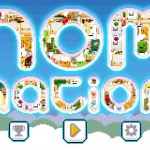 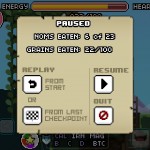 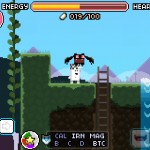 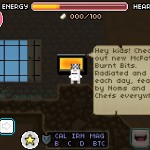 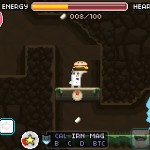 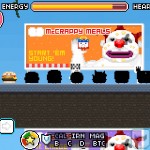 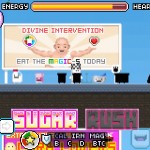 Stop The Evil Fast Food Giants From Taking Over In Nom Nation
Nothing found :(
Try something else