You are using an outdated browser. Please upgrade your browser to improve your experience.
by Kathryn Zane
August 11, 2012
Sometimes, Facebook is overwhelming. Some people are minimalists and only keep friends whom they truly know. Then, there are the collectors and hoarders of friends who have thousands of people networked through their Facebook page. I'm not sure I even know that many people in real life, let alone through Facebook. Followers Attack is a game of recognizing your allies while wailing on the bad guys. Having obscure friends you don't really know becomes quite the impediment. In Followers Attack, the point is to spare your real Facebook friends and obliterate the friends of your enemy. Who exactly is your enemy? Well, I don't know, to be honest. Whoever it is, their Facebook friends are out to get you. So, you have to shoot first and ask questions later. A friend's picture will pop up on the screen. If it's one of your friends, don't shoot it. No matter how you might feel about them in real life, restrain yourself and spare them. Otherwise, you'll lose a heart. If the friend that pops up isn't familiar, shoot it.  You even have to shoot it if it's a profile picture of a cute little baby or fuzzy pet. If you don't shoot it fast enough, it shoots you. You'll lose a heart. Here's a helpful hint: the pictures that have a red ring around them are things that should be shot. The pictures that have a green ring around them are pictures that should be spared. Although I've given away the secret, it doesn't help in the higher levels. There are so many pictures popping up that there are bound to be friendly fire casualties. Usually, I'm against sharing my apps on Facebook. Considering the game premise, opting out of sharing through Facebook isn't an option. However, the game was addictive enough to make it worthwhile. I actually sent an email to a friend for them to download the app. Followers Attack is a universal app, and it's available in the App Store for the awesome price of FREE! 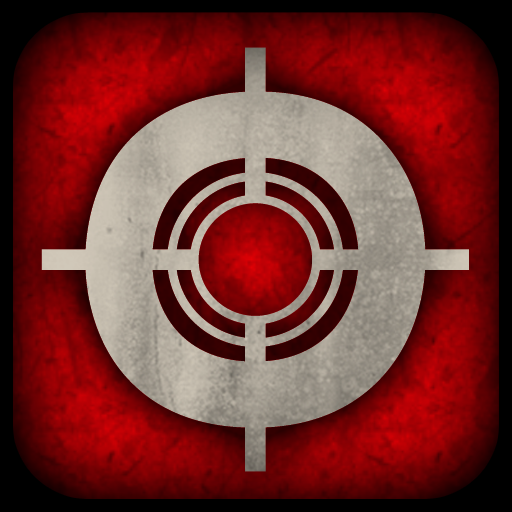 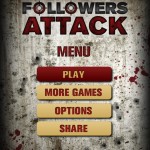 Quirky App Of The Day: Followers Attack Overwhelms The Facebook Mass Murderers
Nothing found :(
Try something else