the most blatant example of contempt of court [he] had ever seen and an intentional effort to “pollute the jury.”

Judge Koh appears to agree and has since ordered a meeting with Samsung lead counsel John Quinn about which members of his team authorized the questionable document transfer. She also wants to know what role Quinn himself played in the matter. The leaked documents, totaling nine PowerPoint slides, were given to the media because, says Samsung's PR department,

The Judge’s exclusion of evidence on independent creation meant that even though Apple was allowed to inaccurately argue to the jury that the F700 was an iPhone copy, Samsung was not allowed to tell the jury the full story and show the pre-iPhone design for that and other phones that were in development at Samsung in 2006, before the iPhone. The excluded evidence would have established beyond doubt that Samsung did not copy the iPhone design. Fundamental fairness requires that the jury decide the case based on all the evidence.

The only problem, of course, is that this "evidence" has zero bearing on the merits of Apple's presented case, and Judge Koh denied Samsung's request to use them on three separate occasions before the leak took place. While the documents (four of which are included in the gallery below, as the rest have been taken offline) do indicate that Samsung had various touchscreen concepts in development as early as 2006, they cannot be cited as prior art because such a claim requires said art to be public in the first place. The concepts, instead, represent private, internal development tests that were never patented, never publicized, never marketed, and never released. Additionally, Samsung has tried to reinforce the flawed notion that Apple based its iPhone off of existing Sony designs. To support the claim, Samsung cited the following concept from early 2006: But this isn't a valid example of prior art, either. Why? Because, this is an Apple design! Industrial designer Shin Nishibori, working for Apple as part of a multifaceted design initiative at Cupertino headquarters, was asked by lead designer Jony Ive to answer this question: "If Sony were to make an iPhone, what would it be like?" Then, using his own experiences with Sony products and what aesthetic history they stood for, Nishibori came up with the handset you see above. The design was not taken from any existing product and was instead the result of a single Apple employee's abstract interpretation of an open and established design philosophy. Oh yeah, there's also the matter of Apple's 2005 "Purple" design, which renders Samsung's silly "Sony" argument moot, anyway: If this were a case about fundamental U.S. patent reform (and it may become that sometime down the line), Samsung's documents and claims might have some merit. But that's not what the current proceedings are about. Rather, this is a very specific lawsuit about one company bringing a patented design to market and another company needlessly copying it. I was fairly certain from the start that Samsung didn't have much ground to stand on in this case (or this one, because, well, ahem), but these latest developments have completely convinced me. Samsung might be wise to start talking settlement. If this thing goes all the way, the company might be out a hefty $2.5 billion. Source: Forbes, iDownloadBlog, 9to5Mac, The Verge [gallery link="file"] 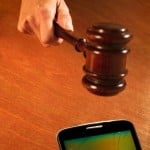 Samsung's Defense Off To A Head-Scratching Start In Apple Patent Trial
Nothing found :(
Try something else