You are using an outdated browser. Please upgrade your browser to improve your experience.
by A.T. Faust III
August 7, 2012
Samsung needs better lawyers. For the umpteenth time this trial, the Korean company's legal counsel has had its curious behavior brought into question. In this instance, Samsung accused Apple of altering images of the former's Epic Touch 4G to make it look more like the iPhone. Judge Lucy Koh brushed aside the notion, saying it "lacked credibility," and Apple denies that any manipulation took place. The folks at AppleInsider explain:

The image at issue depicted the Samsung phone with an icon layout very similar to the iPhone's, which Samsung objected to, stating that the device does not look like that out of the box. Samsung then presented its own image with a different on-screen appearance, saying it had taken the photo on Sunday to represent what the phone looks like right out of the packaging.

Unfortunately, Samsung's own presentation was less than truthful. Specifically, the photo was noted to lack features that Samsung actively advertises, like the Google search widget. Asked Koh,

Additionally, Koh found that Samsung's image showed Monday's date, after which the outfit's attorney admitted to taking the photo later than previously claimed. Oops. If nothing else, this latest round of bad lawyering is more proof that Samsung simply can't help itself when it comes to copying Apple. After all, it was only last week that Apple said Samsung

altered depictions of its "accused devices" to "remove the screen, which may distract the jury from the asserted design," added graphics "that obscure portions of the accused devices, distracting from the overall impression of the accused designs," used images that "are not to scale or are misleadingly scaled," and "only show partial views of the asserted designs and trade dress." 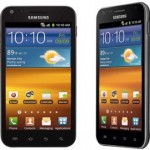 Samsung's Latest Legal Gaffe Is More Of The Same In Patent Trial
Nothing found :(
Try something else