You are using an outdated browser. Please upgrade your browser to improve your experience.
by Bryan M. Wolfe
September 20, 2012
During the first few moments of NBC’s new series, “Revolution” we see scenes often repeated around the world: a young daughter watching Bugs Bunny on TV, a toddler playing a game on an iPad, folks making calls and sending texts on their iPhones. Then the power goes out, and the world we’re familiar with is replaced by something entirely different. A world where an immovable Prius becomes a flowerpot, and the only way to communicate is by person-to-person.

The arrival of iOS 6 was highly anticipated around the globe. Unfortunately, for some of the millions of Apple customers who downloaded and installed Cupertino’s latest operating system, the excitement that iOS 6 generated was soon replaced with frustration. Some customers having installed iOS 6 were unable to use their devices using Wi-Fi. It was soon discovered that the problem had nothing to do with iOS, but rather was caused by Apple’s servers being hit hard by millions of confirmations, and a lost page on Apple.com, which led to network verifications problems. Since then, Apple has resolved the problem. Unfortunately, that it happened in the first place raises some serious questions.

We need some answers, Apple

For one, why does the status of Apple’s servers have anything to do with a customer’s use of a local Wi-Fi connection? For another, a missing webpage can do this much damage? Really, Apple? And what happens if something like this happens again, but this time it isn’t resolved in a timely manner? Our lives, right or wrong, are dominated by the use of electronic devices. In particular, as data speeds increase, much of what we do each day is being performed on mobile devices. Regrettably, the more we rely on these devices to help us finish our tasks large and small, the more we are dependent on companies like Apple to stay online and to protect our data. Hopefully, Apple has learned from this experience. A good test will arrive in just a few hours. That is when the iPhone 5 officially launches in nine countries. This means that millions of folks will be at the mercy of Cupertino (and carrier of choice) to get the iPhone activation process completed without any problems. Whether tomorrow becomes just another day, or something out of “Revolution” remains to be seen. 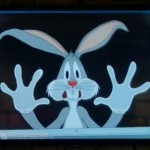