You are using an outdated browser. Please upgrade your browser to improve your experience.
by Bryan M. Wolfe
September 11, 2012
In approximately 24 hours, Apple will finally show the world the sixth-generation iPhone. Just how many handsets will Cupertino sell during the first weekend? A lot, according to a number of analysts who spoke to AllThingsD. Th next iPhone is expected to be a big seller. In fact, during its first weekend the iPhone 5, or whatever Apple calls it, could significantly beat sales numbers for the previous three handsets. According to Topeka analyst Brian White, Apple is poised to sell 1.5 million preorders for the next iPhone, or between 5 million and 5.5 million units during the first weekend. By contrast, Raymond James director Tavis McCourt is projecting “ 5-6 million to be a reasonable estimate of first weekend sales for the iPhone 5.” If these numbers are anywhere close to being accurate, they will beat those of previous iPhone models. The iPhone 3GS sold more than 1 million units during its first weekend in 2009. The next year, the iPhone 4 sold more than 1.7 million. Last year, the iPhone 4S saw initial sales of 4 million units. The new iPhone is expected to arrive in the U.S. and other countries beginning Friday, Sept. 21. Apple's fall event begins tomorrow, Sept. 12 at 1 p.m. EDT. Source: AllThingsD Photo: iPhone mockup, BGR 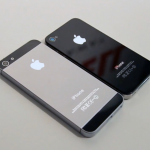 Latest Projection Is That Upwards Of 6 Million iPhones Could Be Sold During First Weekend
Nothing found :(
Try something else