You are using an outdated browser. Please upgrade your browser to improve your experience.
by Bryan M. Wolfe
September 24, 2012
Former MobileMe subscribers are receiving “downgrade” emails from Apple warning them that Sept. 30 is approaching. On that day, these folks will lose free iCloud data, which they received for migrating in 2011, according to The NextWeb. Last October, Apple introduced iOS 5 and the iPhone 4S. At the same time, iCloud officially debuted. When it did, MobileMe subscribers who had paid $99/per year for the discontinued service received an extra 20GB of storage space for Apple’s new cloud computing product. On Oct. 1, that extra storage will expire, and these accounts will be downgraded to Apple’s free 5GB plan. According to the email:

Unless you take action before your downgrade takes effect, backups to iCloud will stop, and apps will no longer be able to save documents to iCloud. You can either free up storage or cancel your downgrade to keep your current storage plan for another year.

As The Next Web explains, in this case your data won’t be deleted, but rather “new iCloud syncs will be blocked and new data will not be saved.” To keep your current plan before the Sept. 30 deadline, go to Settings > iCloud on your iOS device. From there, tap Account and your current plan. Here you will find information on upgrading or downgrading your existing plan. Storage upgrades for iCloud start at $20 for 10GB up to $100 for 50GB. These numbers do not include the 5GB of free data all customers receive. Source: The NextWeb. 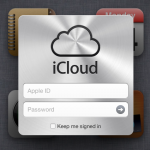 Previous MobileMe Customers Must Now Pay Up, As Free iCloud Storage Is Set To Expire

Previous MobileMe Customers Must Now Pay Up, As Free iCloud Storage Is Set To Expire
Nothing found :(
Try something else