You are using an outdated browser. Please upgrade your browser to improve your experience.
by Bryan M. Wolfe
September 17, 2012
The first benchmark test on the iPhone 5 has been released. Not surprisingly, the sixth generation handset did quite well when compared to the iPhone 4S, according to PrimateLabs. The new iPhone, which launches this Friday, Sept. 21, includes a dual-core 1.02GHz ARMv7 processor, and 1GB of RAM. Better still: The iPhone 5’s Geekbench 2 score is 1601. This compares to the average score for the 4S of 629, and that for the new iPad of 766. This report confirms Apple’s previous assertion that the iPhone 5’s A6 processor is twice as fast as the A5, and any previous iOS device. The new iPhone also scored better on average than all Android phones on Geekbench. Can you say super fast? Source: PrimateLabs Via: MacRumors 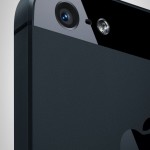 The iPhone 5 Is Faster Than Predecessor, Android Devices

The iPhone 5 Is Faster Than Predecessor, Android Devices
Nothing found :(
Try something else