You are using an outdated browser. Please upgrade your browser to improve your experience.
by Bryan M. Wolfe
September 7, 2012
For those hoping that Apple would change the configurations for the new iPhone, think again. Cupertino is expected to keep the color variations, prices, and storage capacities of the next handset to match those of the iPhone 4S, according to 9to5Mac. Codenamed “N42,” the sixth-generation iPhone is expected to arrive at a media event hosted by Apple next Wednesday, Sept. 12. When it does, the handset will likely include a taller, 1136 x 640 resolution 4-inch display, and improved internal components. Unfortunately, Apple plans on keeping other things the same. Specifically, the new iPhone will launch in black and white models, and in 16GB, 32GB, and 64GB capacities. Additionally, Apple is expected to keep iPhone prices the same as those for the 4S: $199, $299, and $399. One remaining unknown: whether Apple will keep selling the iPhone 4S and/or iPhone 4, and if they do, in what capacities? Currently, the 8GB iPhone 3GS is available for next to nothing at AT&T, while the 8G iPhone is available worldwide for under $99. As a reminder, next week's huge Apple event begins at 10 a.m. PDT from San Francisco, Calif. Naturally, AppAdvice plans to bringing you full coverage before, during, and after the event. Stay tuned. Source: 9to5Mac 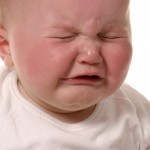 The New iPhone: Colors, Prices And Capacities Expected To Remain The Same
Nothing found :(
Try something else