You are using an outdated browser. Please upgrade your browser to improve your experience.
by Juli Clover
October 23, 2012
The third generation iPad was released earlier this year in March 2012, so it was a huge surprise this morning when Phil Schiller got on stage at Apple's event in San Jose to announce the fourth generation iPad. Apple's newest full sized iPad will be replacing the third generation iPad. It comes with a faster A6X chip, an improved camera, and expanded LTE that will allow users in other countries to access LTE for the first time. 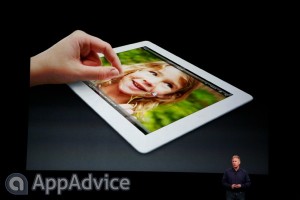 The new iPad is twice as fast at all tasks and games involving graphics, and of course, it uses Apple's new Lightning dock connector. Wi-Fi has been improved and will now feature much faster speeds, and the price will remain the same at $499 for the entry level tablet. Apple's fourth generation iPad will be available for pre-order on Oct. 26, and it will be available in stores on Nov. 2. 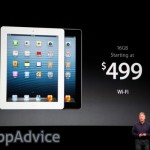 Apple Announces Fourth Generation iPad
Nothing found :(
Try something else