You are using an outdated browser. Please upgrade your browser to improve your experience.
by Bryan M. Wolfe
October 15, 2012
As expected, Sprint Nextel Corp. will become part of Softbank Corp. The third largest mobile company in Japan is paying $20 billion to take a 70 percent stake in the struggling company, according to AllThingsD. The deal will give Softbank the opportunity to enter the U.S. market by buying out a compatible carrier. Both Softbank and Sprint use wireless equipment made by Ericsson AB of Sweden. Both companies’ boards have approved the deal. With Softbank’s acquisition of Sprint, AT&T is now the only solely U.S.-owned major wireless operator in America. No. 1 Verizon is a joint venture between Vodafone, while T-Mobile is owned by Deutsche Telekom AG. In February, Sprint reported it was committed to buying a minimum of 24 million iPhones over the next few years. At the time, the company said it would purchase $15.5 billion in iPhones. In October 2011, the company stated that they would need to purchase 30.5 million iPhones over the next four years just to remain competitive. This aggressive move, however, has been described by at least two analysts as a path towards bankruptcy. The most recent sales numbers suggest Sprint remains a company in trouble. In July, Sprint reported losses of $1.37 billion, or $0.46 per share. During the quarter, Sprint reported iPhone activations of 1.8 million units. This compared to AT&T’s 4.3 million, and Verizon’s 3.2 million. The third largest carrier in the U.S. will announce third quarter sales on Oct. 25. Source: AllThingsD Photo: Gadgets.ndtv.com 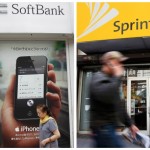 Buying American Just Got Harder As Japan's Softbank Throws Sprint A Lifeline
Nothing found :(
Try something else