You are using an outdated browser. Please upgrade your browser to improve your experience.
by Bryan M. Wolfe
October 16, 2012
Most of us would choose an Apple iOS device over anything that a competitor could throw at us. Still, not everyone is in Apple’s camp to the degree that most AppAdvice readers (and writers) are. As such, the typical consumer makes buying decisions based on the type of services and entertainment ecosystems a company can provide. In a brilliant piece, MacStories.net looks at how Apple, Microsoft, Google, and Amazon compare in terms of what they offer mobile users, and most importantly, where. In doing so, they look at what each company provides in terms of music, movies, TV shows, e-books, and apps, by country. The result is a thorough look at where each company has put their resources, and where each is lacking. Not surprisingly, Apple scores much higher overall than everyone else. Amazon, not so much. Their conclusion:

Whichever company is the “winner” depends on your circumstances (location, device, etc), but if you were to generally draw a conclusion I think it is clear that Apple would lead, Microsoft would be second, Google third and Amazon fourth. Again, that is a gross generalization of all the above data but ignoring the exceptions (such as Amazon’s eBook dominance), I think it’s fairly evident which companies have put the most emphasis on international availability.

For all the maps and figures, check out the full report here. Source: MacStories.net 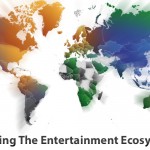 New Tool Maps The Entertainment Ecosystem Worldwide For Apple And Three Competitors
Nothing found :(
Try something else