You are using an outdated browser. Please upgrade your browser to improve your experience.
by Bryan M. Wolfe
October 24, 2012
Much of the attention in recent weeks has focused on iOS 6 Apple Maps and what it means for those looking for a way to go from point A to B. However, behind the scenes, another type of mapping opportunity for consumers is being plotted, one that is much more personal. Ideal for shopping centers, churches, airports, and other large locations, indoor mapping is slowly gaining strength as Wi-Fi moves into new locations and smartphones get, well, smarter. One of the companies working on indoor GPS is Wifarer. With offices in San Jose, Calif. and Victoria, British Columbia, the company promotes its services as a way for customers to “conquer the great indoors.” To do so, it offers facility owners location based services, search, and positioning tools. I recently had the opportunity to talk with Wifarer CEO Philip Stanger about his company, the future of indoor mapping, and Apple. With over 20 years experience in the technology industry, Stanger is no stranger to navigation. However, unlike most in the mapping industry that went out to chart the world, Stanger has stayed largely indoors. In doing so, he hopes to create something that reminds me of “Minority Report.” In a key scene from the 2002 movie set in the future, Tom Cruise’s character walks through a Gap store. Here a 3-D hologram welcomes him with personal shopping recommendations based on previous purchases. Cruise’s John Anderton also sees personalized ads from Aquafina, American Express, among others. Take a look: While Stanger never expects his system to collect personal information from users, he does hope to "recognize types of consumers, based on aggregated patterns of behavior." In doing so, a very public occasion would become much more personalized. Thankfully, instead of eyes, Wifarer's tools are triggered by smartphones and other Wi-Fi devices. Possible uses for indoor mapping include automatic coupon generating, targeted advertising, and more. As Stanger explains, “we want to brand the experience.” When most think of GPS, they envision a journey that may spread for miles and across different states, or countries. Indoor GPS, by contrast, is understandably much more contained. And because it works with Wi-Fi, it is also much more controlled. The controlled experience is like a private Google, says Stanger. Unfortunately, Apple is hampering Wifarer’s work on iOS devices. Since iOS 5, Apple has made a key Wi-Fi API unreachable by developers. Because of this, it is very difficult for an Apple device connected to Wi-Fi to accurately map the inside of a facility, let alone distinguish one floor from another. However, Wifarer’s is said to be working with Apple to move this process forward. For now, Stanger and his team are keeping an open mind and have yet to give up on iOS. In fact, they continue to sign up new consumers, as they continue to perfect the Android version of their indoor mapping solution. “This is a amazing and fast-growing industry,” concludes Stanger. I'll be quite interested in seeing where indoor mapping heads in the months and years ahead. Naturally, there are some privacy issues here that will need to be addressed before a product like Wifarer is promoting could realistically be used by the masses. Still, I find it exciting, in a purely futurist way. For more information on Wifarer, visit their website. 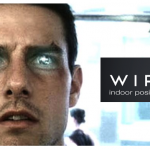 Paging Tom Cruise: With Wifarer, Indoor Mapping Becomes A Reality
Nothing found :(
Try something else