You are using an outdated browser. Please upgrade your browser to improve your experience.
by Christine Chan
October 9, 2012

Cowboy vs. Ninjas vs. Aliens ($1.99) by Great Play: Free Games is a dual stick shooter that features — you guessed it — a lone cowboy that must fight off waves of ninjas and aliens. Sounds like a winner, right?

My immediate thought upon hearing about this game was that movie from a year ago, but this game is actually much better.

The game will start out with some animated cutscenes. You will find out that aliens, as well as ninjas, are taking over the wild west. The lonely gunfighter, Chuck West, is the only one that can stop them all, with some help from you, of course.

The game features sharp, crisp graphics that look great on Retina devices — everything from the menus to cutscenes to actual game environments. The soundtrack definitely has the western feel to it, which is fitting. 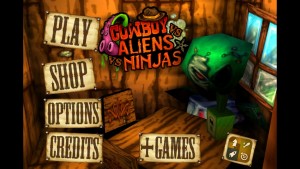 Controls are what you’d expect from a dual stick shooter. A joystick on the left controls your movement, while another stick on the right allows you to aim. The game features manual or automatic aim, so if you have trouble with manually aiming your guns, then I recommend using automatic. Chuck West can have two weapons on him at a time, and you can switch between them with the buttons at the bottom. The top left corner will have your hearts, level, money, and gold.

Cowboy vs. Ninjas vs. Aliens will have two game modes: Campaign and Survival, and there are three difficulty levels: Normal, Hard, and Insane. The Insane mode is locked until you clear the game on Hard difficulty. Campaign mode is basically the story mode, and Survival will have you fighting for your life in the arena. 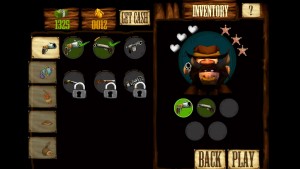 As you shoot your enemies down, you will have the chance to collect “bonus kill” drops (used for Campaign to finish faster) or even some cash. Cash can be used to purchase weapon upgrades, new guns (including alien weapons), mounts with bonuses, and even trendy hats. There are even some hidden weapons to find in levels, so that should add another layer of fun to the game. If you manage to find three hidden keys, you also unlock a bonus stage. Make sure to keep previously cleared levels free of enemies for prizes.

I enjoy dual stick shooters, and this is definitely a fun title for the genre. I love the Western feel with unique twist and enemies, and the environments are also interactive, which is a definite bonus. There are plenty of weapons to use, and since you can have two, the combinations are fun to try out and see what works the best.

Check out Cowboy vs. Ninjas vs. Aliens for a fun dual stick shooting adventure. It's available for $1.99 in the App Store as a universal app for your iPhone and iPad. 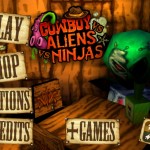 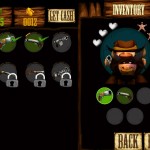 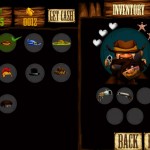 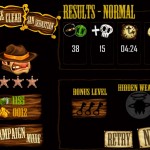 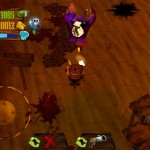 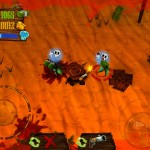 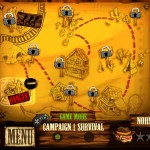 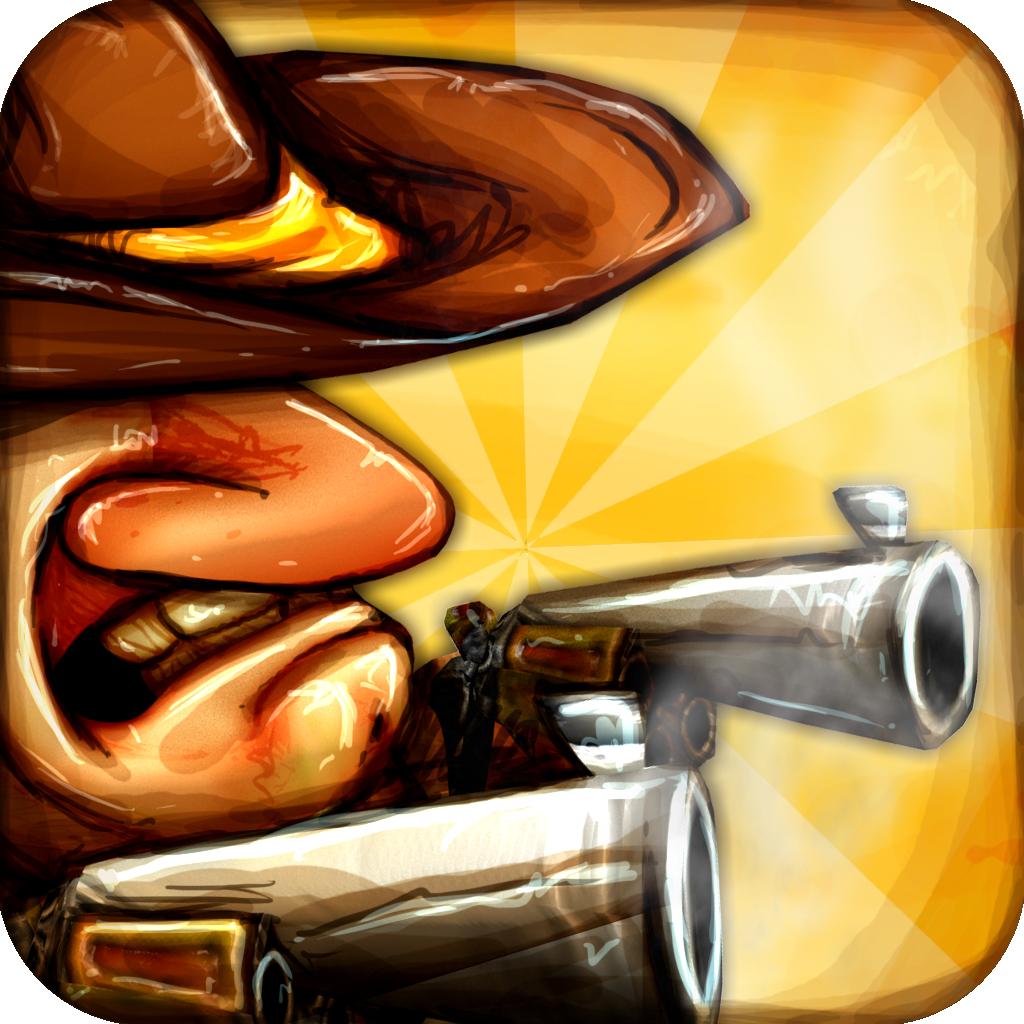 Can You Save The Wild West In Cowboy Vs. Ninjas Vs. Aliens?

Can You Save The Wild West In Cowboy Vs. Ninjas Vs. Aliens?
Nothing found :(
Try something else