You are using an outdated browser. Please upgrade your browser to improve your experience.
by Bryan M. Wolfe
October 26, 2012
By my calculations, Apple should release iTunes 11 within the next five days. We were told as much last month at the company’s iPhone 5 event. Unfortunately, I’m not sure that Apple's self-imposed deadline of Oct. 31 will hold. At this week’s iPad mini event, Apple was largely expected to tell us more about iTunes 11. In fact, I figured its release to the public would soon follow. And yet, Apple didn’t mention it. The only information that we’ve heard about iTunes 11 is what was announced in September, plus what is on the application’s preview page online. Perhaps more alarming, developers have yet to receive a beta copy of the software. Apple's entertainment hub was also not mentioned during the company's fourth quarter earnings call on Thursday. This was the same day that Bloomberg reported that Apple would soon be getting into the "iStreaming" music business in early 2013. Whether iTunes 11 is ultimately delayed remains to be seen. As of now, Apple had said nothing about the application’s status, except to say it is "Coming in October.” When the update does arrive, it will be represent a significant change for the popular application. It will include two new views, library and expanded, and a new miniplayer. In addition, for the first time, iTunes will be without its traditional toolbar on the left side of the screen. It will also have Facebook integration now that Ping is no more. Hopefully we’ll hear more from Apple on iTunes 11 very soon. When we do, we'll certainly let you know. 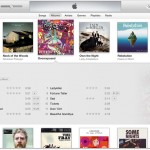 With Oct. 31 Looming, Where Is iTunes 11?
Nothing found :(
Try something else