You are using an outdated browser. Please upgrade your browser to improve your experience.
by Bryan M. Wolfe
November 12, 2012
In December, Apple will begin “trial” production of their seventh-generation iPhone. The so-called “iPhone 5S,” begins production with an initial run of 50,000 to 100,000 units, according to DigiTimes. According to the report, Apple has “accelerated” the certification process for parts and materials in the new handset. Because of this, full production is expected to begin in the first quarter of 2013. If this is true, Apple may be signaling that the iPhone 5S will debut in June, which would be a return to normal of sorts for the company. Prior to 2011, Apple released iPhones in June or July. However, beginning with the iPhone 4S, Cupertino’s release schedule switched to fall. This possible switch arrives as Apple shifts iPad releases to later in the year. The fourth-generation iPad and iPad mini debuted last month. Prior to this, iPads launched in March or April each year. We have yet to hear what new features could be arriving on the iPhone 5S. However, the handset is expected to only be a modest update from the iPhone 5. Apple’s sixth-generation handset arrived in stores in September. Source: DigiTimes Photo: TechnoBuffalo 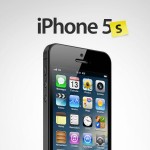 Apple Could Be Prepping For Early 'iPhone 5S' Debut

Apple Could Be Prepping For Early 'iPhone 5S' Debut
Nothing found :(
Try something else