You are using an outdated browser. Please upgrade your browser to improve your experience.
by Bryan M. Wolfe
November 19, 2012
OpenFeint, one of the first iOS leaderboard platforms, is shutting down, according to its owners. Developers have until Dec. 14 to look for another solution, according to TouchArcade. Originally launched in 2009, OpenFeint allowed gamers on both Android and iOS to compete for “social challenges, “regardless of platform. In recent years, however, the free service was largely overtaken by Apple’s own Game Center, which offers similar tools. In 2011, Japan’s GREE, Inc. purchased OpenFeint for $104 million. According to the report:

Developers have until December 14th to migrate away from OpenFeint, at which point it'll be offline forever. Even under normal circumstances this sort of deadline would be pretty crazy, but it's especially insane now given the massive influx of developers working around the clock to get their apps and games submitted before the cutoff to have them approved and on the App Store before the iTunes holiday freeze. Basically, to make this cutoff, developers are going to need to drop everything they're doing, open up every old project that utilizes OpenFeint and re-code all of those API hooks to either use Game Center or whatever proprietary solution they come up with on their own. Assuming that doesn't take too long, compiling, uploading, and crossing their respective fingers might result in no downtime for their users.

While this news may come as a blow to long-time OpenFeint fans and developers, it shouldn't affect newer iOS games. These games, more often than not, use Game Center. Source: TouchArcade 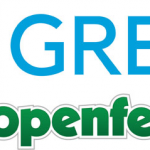 OpenFeint To Become ClosedFeint On Dec. 14 As Owner Plans Shutdown
Nothing found :(
Try something else