You are using an outdated browser. Please upgrade your browser to improve your experience.
by Bryan M. Wolfe
November 23, 2012
As merchants celebrate what they hope will be a huge Black Friday, I’m about to offer some unfriendly holiday cheer to one of the most popular retailers on the planet. Amazon is running what appears to be a scam of sorts with their hugely popular electronics trade-in program. How do I know? I experienced it first hand. Everything started out innocently enough when I went to trade-in my iPad 2 in October. I was buying a new iPad with Retina display. After reviewing prices at several sites, I determined that Amazon offered me the best deal. In fact, there was no comparison. For my “like new” tablet, Amazon was willing to give me $375 via an Amazon Gift Card. Others sites such as eBay and Gazelle, offered me anywhere between $225 and $300 for the same item. Normally when I trade-in iOS devices, cash is king. However, I took the gift card figuring that I could use it to make Christmas gift purchases. Approximately one week later, Amazon sent me an email. In it, I was told that my tablet was “severely damaged,” and would be returned. Strange, I thought, given that I had packaged the item in the same box for which I received my new iPad from Apple. An Amazon representative, whom I contacted promptly, was unable to tell me what specifically made my tablet “severely damaged.” Instead, he said that I would have to wait until my iPad 2 was returned. I gathered from this that I would have to “see” my return first. Then, depending on what was found, I could file some sort of claim. Although angry, I figured that UPS had somehow destroyed my tablet in transit. After all, these types of things do happen sometimes. Eventually, it was my thinking, this would be uncovered and I would get my $375 anyway as a sign of good faith. When I got my iPad back there was absolutely nothing wrong with it. In fact, it started right up when I hit the power button. And yes, the tablet’s screen and casing still looked like new. At this point, I made contact with Amazon -- again. Now, they told me that my tablet screen had “pulled away” from the backing near the power button. When I told the kind representative that this wasn't true, I was told that I could resubmit my tablet for trade-in since a "mistake could have been made." To do so, however, would require filing another quote. By this time, the price I was quoted was down considerably. Instead of $375, Amazon was now offering me just $275. It was at this point that my anger boiled over. A friend had suggested, on hearing of my woes, that I visit Amazon’s customer discussion board. It was then when I realized that I wasn’t the only one scammed. Amazon had pulled this switcheroo on other customers. The site is littered with customers complaining that their Apple products were also returned for being damaged, or were downgraded, thereby lowering the price the company said it would pay. As one customer stated:

Until today I thought Amazon was a superior company and one that I do a lot of business with. I learned my lesson the hard way and I hope this posting prevents others from making the same mistake I did.

I'm sorry I didn't read the other discussions regarding the scam that Amazon is pulling with this trade-in program. I sent them an almost BRAND NEW iPhone 4 along with original box, cables, ear buds, etc. They denied the phone saying there were "scratches.” A few days later the UPS man brings back my phone, but only my phone. No box, cables, ear buds, etc. Amazon downright stole my property-- and to remedy the situation they offer me a $40 credit and called me a liar.

I don’t trust these programs as far as I can throw them. They basically are out to screw you. You get more value at a pawnshop. I never have and never will ever participate in these scams. They basically give you nothing than turn around and sell your expensive items to Africa for big money.

For their part, Amazon seems somewhat willing to make things right, depending on the situation. However, these solutions are usually piecemeal, at best. In other words, you rarely ever get the amount of money, or in this case, the Amazon credit, originally promised. If Amazon would have offered me less than the original amount for my trade-in, I probably would have been fine. To me, trading in an electronics device it is a lot like coming to the end of an apartment rental. Even though you cleaned the place prior to handing in the keys, you know not to expect the full amount back on your security deposit. In Amazon’s case, this is just wrong, and downright deceptive. Not only are customers not getting the trade-in value that was promised, but also the delay means making less money on the later trade that is necessary. In my case, I used Gazelle to finally sell my iPad 2. However, they only promised (and delivered) $185. If I had used Gazelle in the first place, I would have almost certainly received at least $100 more in cash. Instead, I saw that Amazon would give me more, and took a bite of the poison fruit. Amazon’s electronics trade-in program doesn’t work for everyone for one of two reasons. First, maybe there are simply too few people assigned to the task of approving trade-in items. In this case, mistakes can be made. Second, perhaps the point arrives when Amazon decides that they have received too many “like new” items. At this point, instead of making it right, they call the item “severely damaged,” and hope the person goes away. In my case, I can’t honestly say that Amazon has lost me as a customer. I will still use them to make some purchases, mainly because their prices are often difficult to beat. Besides, I have never had a problem returning an item that was initially purchased on the site. However, I will never again attempt to use their trade-in program. Nor will I being using the $185 that I received from Gazelle at Amazon. 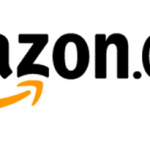 Opinion: Amazon's Trade-In Program Borders On Being A Scam

Opinion: Amazon's Trade-In Program Borders On Being A Scam
Nothing found :(
Try something else