You are using an outdated browser. Please upgrade your browser to improve your experience.
by Bryan M. Wolfe
November 19, 2012
Apple is unofficially celebrating a huge App Store milestone. There are now 1 million apps submitted to their marketplace according to Appsfire. According to Ouriel Ohayon, co-founder of Appsfire, of the 1 million submissions since 2008, 493,289 were paid and 158,848 were games. Of the 736,247 apps that are currently live, 336,270 are paid, while 120,065 are games. The App Store discovery company made the announcement via Twitter. Since then, The Next Web has confirmed the news. First introduced in July 2008, the App Store initially supported the iPhone 3G. The store now supports apps for the iPad, iPad mini, and of course, iPhones. 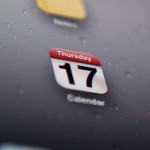 The App Store Has Now Approved 1 Million Apps
Nothing found :(
Try something else