You are using an outdated browser. Please upgrade your browser to improve your experience.
by Bryan M. Wolfe
December 14, 2012
Batman: Arkham City Game of the Year Edition is now available in the Mac App Store. The $39.99 game follows the Caped Crusader as he must once again sprint into action to save the world from mayhem. Featuring events happening one year after those in Batman: Arkham Asylum, the game first arrived on Xbox 360 video game consoles, and Microsoft Windows, in 2011. It includes Mark Hamill and Kevin Conroy as the voices of the Joker and Batman, respectively. Bateman: Arkham City is written by Paul Dini. Key features include: If you're a Batman fan, this is the game for you! Download Batman: Arkham City Game of the Year Edition now. A little bit behind? Check out Batman: Arkham Asylum. 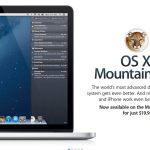 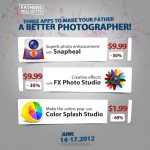 Mac Photo Editing Programs On Sale For Father’s Day
Nothing found :(
Try something else