You are using an outdated browser. Please upgrade your browser to improve your experience.
by Bryan M. Wolfe
December 5, 2012
Soon after the iPhone 5 debuted, Apple issued a carrier update for Verizon customers. Launched Oct. 1, the update was supposed to resolve an issue where the handset may attach to a cellular network even through it was already connected to Wi-Fi. The New York Times reported at the time that AT&T and Sprint handsets were also likely to be affected. Beyond issuing the Verizon update, however, Apple never brought up the issue again. Updates for other carriers were never issued. Two months later, some users are reporting that the problem persists – and they have the higher phone bills to prove it. On Apple’s discussion boards, iPhone 5 owners complain often about unjustified cellular overages, and Apple's response concerning them. The comapny's short-term solution seems to be to replace affected handsets. However, there is a growing consensus among users that the problem isn't hardware related. Rather, they are convinced that iCloud is the data guzzler. According to one visitor, Cupertino had admitted as much via an email late last month. It reads, in part:

It has been confirmed that iCloud under iOS6 does indeed use more data than iOS5, but without some further interaction with yourself, they cannot confirm if the rise in data usage your are experiencing is within normal expectations. The escalation team has advised that they no longer deal with iCloud issues, and that the iCloud team will deal with this directly (via our Express Lane on the Apple website).

After more troubleshooting, Apple sent the customer a new iPhone 5. Unfortunately, he maintains that the problem continues on his new handset. Another poster stated:

I had the same problems with my iOS 6.0.1 since upgrading from 5. Same as described by everyone. I have disabled / deleted the iCloud and now there is no data usage and no extra charges from my carrier. If Apple does not fix this, then my next phone will be an Android.

We’ve reached out to Apple on this issue. Once we hear back, we’ll let you know. For those experiencing cellular issues with their iPhone 5, we suggest discussing the situation with your carrier. At the minimum, turn off iCloud and see if that does the trick. We're hoping that whatever the issue, Apple will resolve it with iOS 6.1, which is currently being tested by developers. Stay tuned. 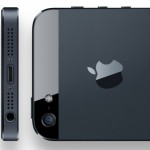 Could iCloud Be The Reason Behind Higher Phone Bills?

Could iCloud Be The Reason Behind Higher Phone Bills?
Nothing found :(
Try something else