You are using an outdated browser. Please upgrade your browser to improve your experience.
by Robin Rhys
December 19, 2012
Why have an iPhone case and a wallet when you can combine the two? Today we're reviewing the Midtown Passport Wallet by Griffin. It's a leather folding case that will hold cards, cash and most importantly your iPhone.

Let's start with the basics. The case we're looking at today is the Midtown Passport Wallet made for iPhone 5. This soft leather case has a sturdy frame with a smooth lining, ensuring your iPhone won't get scratched. The iPhone slips into its place on the right and cards and cash fit into slots on the left. The iPhone is well protected when the case is closed, even while the corners of the device do remain somewhat exposed as the case extends slightly beyond the phone protecting the corners from most falls or scrapes. When the case is in the open position it covers the entire back of the iPhone as well as its right side and a small portion of the screen. However, in the open position the left side of the iPhone can be vulnerable. But the main feature of the Midtown Passport Wallet case is right there in the name, it doubles as a wallet and that means taking one less thing with you when on the go. It has a very professional look and comes in just one color combination, Black with a tan interior.

Integration With The Device:

One major thing we look at when reviewing cases, and really all accessories, is how well the developer integrated the case or accessory with the device itself. We have to look at things like how well the buttons work and if the proximity sensor is being covered. This helps us determine the overall quality of a case. So, how well did Griffin integrate the Midtown case with the iPhone 5? We start by checking out the buttons.

Let's identify the buttons first. We have the "Home" button, the "Power" button and the "Volume" buttons. The Home button is the most used button on the device. You tap it, double tap it, even triple tap it a hundred times a day. Sad to say we didn't love the integration of the case and the Home button. The leather is pretty thick and comes up around the bottom of the Home button. This doesn't make it hard to press, it just doesn't feel good to the touch. It would be nicer if they had a little less material right by the Home button itself. The Power button is easily accessed since it is fully exposed. The Volume buttons are also fully exposed so they are perfectly accessible.

Some cases don't make the hole in the back of an iPhone 5 large enough for the camera, causing reflections when using the flash or obstruction when taking a photo. The Midtown case has a rather small opening for the camera, however since the case fits so snugly around the device it does not move around. So the small opening shouldn't be an issue.

How well will the Midtown work with accessories like chargers and car kits? Sadly not too well. The bulkiness that makes it a wallet puts a limit on its integration when it comes to accessories. You will likely have to remove the case in order to use most accessories.

When you hold a case in your hand, you want it to feel good. The Midtown case is bulky, there's no doubt about it, but that's because it's a wallet and a case. But, even though it is bulky it still feels good in your hand. The leather feels really soft and looks well made. However, when you are actually talking on the phone, it's another story. Since it has a flap where you put your cash and cards, you have to make sure that the flap is folded all the way back when talking or else it will be smacking you in the face. And when you have it folded over, well it's a handful to say the least. Fit In Your Pocket: Being able to glide a case into your pocket is a big plus. While we just determined that the Midtown case is bulky, it will still glide into your pocket because of the softness of the leather. How Long Will It Last?

Cases are meant to protect. So we like to determine how well a case might perform through things like drops, scratches, scuffs and also how much daily use it can take before it's totally ready for the trash. The Midtown case won't last a lifetime, but it should do pretty well depending on a few things. First off, leather wears over time, however with leather that's not necessarily a bad thing. As for dirt: If the case is left on the device for a while you might get some dirt build up around the edges.

How well did the Midtown case absorb drops? Pretty darn well. Since it's made out of thick leather and has an extra flap for your monetary goods, it provides an extra layer of protection against drops and proves extremely shock absorbent. You'd think that the flap would swing open when dropped, however even when dropped right on a corner it remained closed, protecting the front of the iPhone. Also, as we mentioned before, since the case extends slightly past the actual device itself, it protects all the edges from impact.

Taking Case On And Off:

Will taking the case on and off repeatedly, limit its lifespan? In short ... no. The leather holds up surprisingly well. When you first start to use the Midtown case you'll likely think it's too tight, but over time it does stretch out a bit, but not too much for it to be considered loose.

You can get one for yourself at griffintechnology.com and the cost is $44.99.

The Midtown Passport Wallet by Griffin is a great case if you are looking for a case that doubles as a wallet. It's soft, sleek and has some great functionality all while protecting your device. You can use the Midtown case when traveling or as your everyday case/wallet. Why carry one more thing than necessary, right? On the other hand, if you don't like bulky things then you can likely find a slimmer wallet elsewhere. But overall, if you are looking for this type of case then the Midtown Passport Wallet is a good buy. [gallery link="file"] 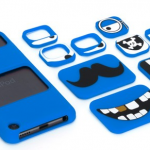 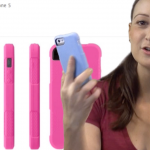 AppAdvice Slice: The Griffin Protector Case
Nothing found :(
Try something else