You are using an outdated browser. Please upgrade your browser to improve your experience.
by Bryan M. Wolfe
December 26, 2012
The Wall Street Journal is reporting on the continued rivalry between Amazon, Apple, Facebook, and Google, and what to expect in 2013. In the report, the publication suggests that Apple “must prove it can play defense in 2013.” In a year that saw Samsung and Amazon make gains on Apple, Cupertino is expected to continue building more of their own software to “make its devices stand out.” With this in mind, The Wall Street Journal expects Apple to improve Siri, the company’s voice-recognition service, thereby “making it useful for a broader number of queries.” Often panned, Siri already received a significant update in 2012 when it began offering sports and movie information, among other goodies. In 2013, Siri is also expected to arrive in select GM cars. Also expected to improve in the new year is the company’s search functionality. For this, Apple has turned to former Amazon search executive William Stasior who recently joined the company. One area where Apple might not play defense, however, is in our living room. The company has been long-rumored to be working on a high-definition television, and “discussing possible partnerships over set-top boxes with cable companies.” Apple CEO Tim Cook has stressed the company’s “intense interest” in the television marketplace. The Wall Street Journal suggests that the rivalry between all four companies will reach a fever pitch in 2013. As such, expect some interesting developments over the course of the next 12 months. Source: The Wall Street Journal 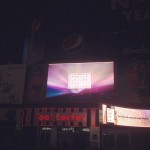 It’s Great To Know That Billboards In Times Square Are Run By Macs, But ... 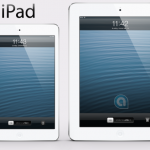 Apple Rumored To Release Thinner And Lighter Fifth-Generation iPad In March 2013
Nothing found :(
Try something else