You are using an outdated browser. Please upgrade your browser to improve your experience.
by Bryan M. Wolfe
December 7, 2012
Pebble Technology has announced that their E-Paper Watch for iPhone and Android will come with SMS and iMessage integration. They also announced the final colors for the upcoming device. Both announcements came in Update 25 of the company’s highly anticipated Kickstarter project. When released, Pebble will support receiving SMS and iMessage notifications from iPhones and iPod touches. The feature will require iOS 6. Take a look:

Update 25 - iPhone SMS and iMessage from Pebble Technology on Vimeo.

Additionally, Pebble has announced that the device will be available in jet black, arctic white, cherry red, orange, and gray. Funded in May, and originally expected to launch in September, the Pebble Watch will retail for $150. Preorders are now being accepted. The release date remains unknown. 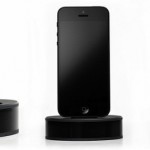 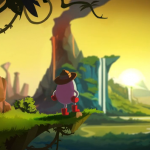 Here's An Eggcellent Way To Kickstart The Return Of Dizzy The Eggventurer
Nothing found :(
Try something else