You are using an outdated browser. Please upgrade your browser to improve your experience.
by Bryan M. Wolfe
December 12, 2012
Apple won’t be reporting quarterly sales figures until January. However, one analyst opines that iPad mini sales will ultimately eat into the company’s 9.7-inch iPad sales during the holiday quarter, according to AppleInsider. Shaw Wu has reduced his iPad sales projections to 23.5 million for the October through December quarter. Previously, the Sterne Agee analyst suggested sales of 25 million units. Wu’s lowered iPad expectations are due to “continued constraints on iPad mini supply, and lower build orders for the fourth-generation iPad.” In other words, Apple’s smaller (and less expensive) tablet is likely eating into iPad with Retina display sales. Still, Wu remains bullish on the iPhone. He believes that Apple will sell 47.5 million units during the quarter. This is slightly higher than his previous projection of 47.3 million. Overall, analysts expect Apple to sell between 45 million and 46 million iPhones during the quarter, and between 23 million and 24 million iPads. Source: AppleInsider 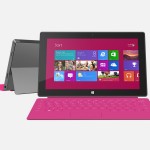 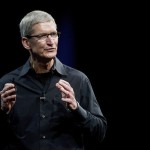 Opinion: The Six Month Product Life Cycle At Apple Is Nothing To Be Worried About
Nothing found :(
Try something else