You are using an outdated browser. Please upgrade your browser to improve your experience.
by Bryan M. Wolfe
January 18, 2013
We can thank a dinner meeting that featured a beet salad for many of the features we use today on the iTunes Music service. So says Aubrey Johnson, the former lead designer at Color and Twilio, and currently Designer in Residence at Science. Johnson’s account of Apple’s 2009 purchase of music startup Lala goes a long way at uncovering just how Cupertino deals with possible acquisitions. Unlike other companies, which focus on formality, Apple keeps it casual. In the case of Lala, Jobs held a dinner meeting at his home with founder Nguyen that also featured Tim Cook and Eddie Cue. As Johnson explains:

“I’m going to give you a number, Bill, and if you like it, let’s do it and just be done with this whole thing. Okay?” Bill agreed. Jobs passed a piece of paper to Nguyen and Bill nodded. The deal was done. Apple successfully acquired Lala for roughly $80M (purchase price) with an additional $80M in retention bonuses for the remaining employees valuing the entire deal around $160M.

The Lala acquisition eventually lead to iTunes Match and the ability for users to stream music from the Cloud. Ironically, many of those who were entitled to large retention bonuses at Lala left soon after Apple’s acquisition. Like Nyguyen, many went and formed Color. Indeed, the same Color that Apple, now under Cook, purchased late last year for just $7 million. 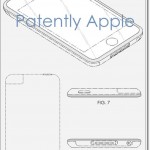