You are using an outdated browser. Please upgrade your browser to improve your experience.
by Dom Esposito
January 5, 2013
If you’ve been waiting for an untethered jailbreak for iOS 6, this may be some of the best news you’ve heard in a while. There's been official confirmation that the iPhone 5 is capable of an untethered jailbreak. According to iOS hacker Planetbeing, jailbreaking may be getting harder, but don’t lose hope just yet. Planetbeing recently shared some great news via Reddit:

Yeah, I'm not really sure what all the doom and gloom is about. The fact is, I have an untethered iOS 6.0.2 JB running on my iPhone 5 right now. The reasons it's not released are because 1. releasing it would burn an exploit we want to save for ourselves so we can always get in to look at new firmware and help JB in the future, 2. iOS 6.1 is coming very soon and will likely break a small part of it anyway, there's no point in sacrificing the many bugs it won't break. Anyway, where there are 4+ bugs (that it took to get this to work), there's gotta be one or two more so while jailbreaking is getting harder, reports of its death are highly exaggerated. This is not stuff I want to say over Twitter with 140 characters because I'm afraid of starting some sort of riot, but I like the smaller /r/jailbreak community more. ;)

I know it’s hard to understand why they wouldn’t release a working jailbreak, but these hackers spend a lot of time exploring hardware and iOS for exploits. As Planetbeing mentioned, some of these exploits are important to the future of jailbreaking and releasing this current untethered jailbreak would be a wasted sacrifice. The good news is, people are actively working on putting the pieces together and it’s possible we may see a public jailbreak released soon. This doesn’t mean that you should update your iPhone to iOS 6.0.2, but Planetbeing seems fairly confident that there will be more bugs in iOS 6.1. We’ll be sure to keep you up to date when more information is revealed. Until then, hang tight and don’t lose hope. An iOS 6 untethered jailbreak is coming, it’s just a matter of time. Source: Reddit 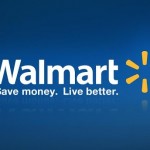 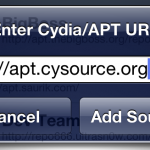 There’s A New Cydia Repository In Town And It’s Ready For Action
Nothing found :(
Try something else