You are using an outdated browser. Please upgrade your browser to improve your experience.
by Bryan M. Wolfe
January 23, 2013
Before Apple swooped in, Verizon Wireless had plans to license Siri and make it exclusively available on Android-based devices. So says a new report by The Huffington Post. As the story goes, Verizon had actually signed a deal to purchase the rights to Siri in 2009. As such, the plan was to place the voice assistant on the company’s line of Android devices in 2010. However, when Apple bought Siri outright, the deal fell through. One might recall that prior to Apple's purchase, Siri existed as a third-party application available in the App Store. Siri eventually debuted on the iPhone 4S in 2011, and as they say, the rest is history. Though still officially in beta, Siri is now available on current generation iPhones and iPads. The voice assistant is also expected to integrate with some of GM's 2013 automobiles, as well as some from Hyundai. It may also arrive on the next version of OS X. In recent months, our own Dom Esposito has published a series of reports to help folks learn to use Siri better. These include: How To Manage Calendar Events With Siri, How To Search Through Notes With Siri, among others. Source: The Huffington Post 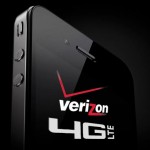 The AppAdvice Week In Review: Reasons To Still Love Apple Edition
Nothing found :(
Try something else