You are using an outdated browser. Please upgrade your browser to improve your experience.
by Bryan M. Wolfe
January 24, 2013
Apple files for, and receives, many patents each year from the U.S. Patent and Trademark Office. However, one of the company’s latest applications may also be the most curious. According to Apple Insider, Cupertino is seeking a patent for a “smart” shoe. Filed in July, Apple’s application is officially for a “Shoe wear-out sensor, body-bar sensing system, unitless activity assessment and associated methods." In other words, the “iShoe” would tell the wearer when it was time to replace a set of sneakers, boots, or high-heals. The patent covers three main components:

... a detector for sensing when the shoe wears out; a processor to measure the detector's data; and an alarm for alerting the user when a shoe is no longer stable. Sensors can be of any type, including accelerometers, pressure sensors and piezoelectric flexing sensors, among others. Data is processed through an algorithm, which can be set according to a shoe manufacturer's specifications, that determines at what point a shoe is at the threshold of failure.

On the surface (yes, pun intended), the iShoe concept described in this patent doesn't make a lot of sense. However, if Apple were to combine it with other technologies, it could actually work. For example, when combined with the rumored iWatch product, the shoe could work as a training device for runners or other athletes. Besides, Apple already has some experience here with the Nike + iPod sensor. Much of the talk this year has been on the future of the iPhone and the possibility of an iTV. Perhaps what Apple is actually focusing on is much closer to the ground. Would you buy an Apple-branded shoe, or shoe insert? 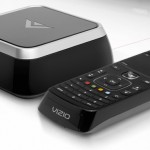 DIAL: Netflix And Google To Take On Apple's AirPlay With New Second-Screen Protocol 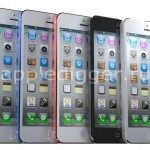 What The iPhone ‘Math’ Could Look Like
Nothing found :(
Try something else