You are using an outdated browser. Please upgrade your browser to improve your experience.
by Bryan M. Wolfe
January 15, 2013
Apple will once again have to defend the company's extended warranty program in Europe. This time, a Belgium consumer group is suing Cupertino claiming that the company’s standard warranty does not respect local laws, according to The Next Web. Test-Aankoop says that Apple’s one-year limited warranty goes against a law implemented by the European Union (EU). This law gives users a minimum of two years protection on all consumer electronics. Naturally, this includes the iPhone/iPod touch, iPad, and Apple TV. The suit was filed with the Commercial Court of Brussels. Test-Aankoop believes that Apple has deliberately withheld information about the official EU directive to customers, which automatically extends warranties to two years. They believe that Apple withholds this information in order to sell the company's extended warranty program, AppleCare. In 2012, Apple was fined $1.2 million in a similar lawsuit in Italy. That led to AppleCare no longer being offered in that country. Subsequently, the fine was dropped to $264,000. Similar actions are expected in Portugal and other countries. Source: The Next Web 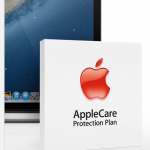 Amazon Could Be Set To Launch KindleCare 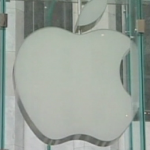 Apple Accused Of ‘Misleading’ Product Guarantees
Nothing found :(
Try something else