You are using an outdated browser. Please upgrade your browser to improve your experience.
by Bryan M. Wolfe
January 8, 2013
Actual financial results from Apple and their cell phone providers won't be announced until later this month. However, AT&T has announced that they had their “best-ever” sales of Apple and Android smartphones during the fourth quarter of 2012. The No. 2 cellular provider in the U.S. says that they sold a record 10 million smartphones during the holiday quarter. This topped their previous record of 9.4 million smartphones sold during the fourth quarter of 2011. According to Ralph de la Vega, president and chief executive officer for AT&T Mobility:

We had another incredible quarter of smartphone sales as the mobile Internet continues to drive strong growth in wireless.

Of course, we won't know the actual breakdown of smartphone sales until AT&T releases their financials. This will occur on Thursday, Jan. 24. This will be a day after Apple announces their own earnings. Verizon Wireless, the nation’s largest cellular provider, will announce their quarterly earnings on Jan. 22. 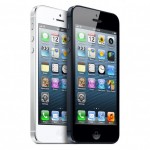 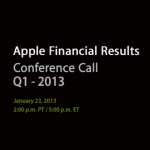 Apple Could Announce A Record-Breaking Quarter In Terms Of iPhone Sales
Nothing found :(
Try something else