You are using an outdated browser. Please upgrade your browser to improve your experience.
by Bryan M. Wolfe
January 7, 2013
Developers don’t like being accused of running a scam. Case in point is iBear LLC, the company behind some of the App Store’s most popular financial apps. As we first reported on New Year’s Day, iBear customers had recently taken to iTunes to complain that the company was ripping them off. The accusations stemmed from the use of an in-app purchase feature in each of the company’s free apps. Since as early as 2011, iBear has offered free versions of many of their most popular apps. Both versions are identical in terms of features. The free versions, however, limit the number of transactions a user can create. Once a user goes over this limit, they must upgrade to the full version by making a one-time in-app purchase. Each upgrade is priced the same as the paid version. The free products include: Budgets Free (with Sync), Budgets for iPad Free,Debt HD Free, Money Free, Money for iPad Free, Bills for iPhone Free,Bills for iPad Free, and Checkbook HD Free. These users claimed that transaction limits had only recently been enacted through app updates. Others suggested that they had previously updated an app and had recently been asked by iBear to do so again or else lose their transactions. During our initial investigation, we found that iBear did nothing wrong. In fact, we concluded that the company’s practices were the same ones used by other developers as part of a try-and-buy strategy. We’ve heard back from iBear’s Andrey Pilyugin, who had much to say about the accusations. Specifically, Pilyugin addressed a complaint issued by one user, which said:

This app was great, but then this scam crap to upgrade. Horrible business decision on the part of iBear. Now that I’ve paid $1.99 and upgraded, it somehow rolled back and I being forced to upgrade again. This is beyond shady! Download something else and let us suckers deal with trying to get our money back.

This is simply not true. If the user paid for the upgrade he won't be charged again. There is a restore button to restore the purchase (if for some reason the app does not see a receipt for the purchase made). Even if the user taps "Buy" instead of "Restore" he or she will not be charged. This is from Apple documentation regarding the in-app purchases: "If the user attempts to purchase a restorable product (instead of using the restore interface you implemented), the application receives a regular transaction for that item, not a restore transaction. However, the user is not charged again for that product." In other words, the user technically cannot be charged twice. Most probably this review is a misunderstanding. We suggest all users to email to support@ibearsoft.com or contact us via http://feedback.ibearsoft.com. This is the only way to communicate to us and have their issues resolved.

It should also be noted that iBear wasn't exactly thrilled by our original report, which was entitled, "Financial App Developer iBear Accused Of Running A Scam In The App Store." In the same email, Pilyugin states:

It is clear from the article itself that you are trying to be objective. Thank you for that. At the same time, I don't know why you chose so provocative and misleading title along with the review for a serious website. Most of the users who search for the best personal finance apps buy iBear apps. They are satisfied customers. We will continue working on new features and new updates because of them.

AppAdvice will continue pointing out possible App Store scams in the future. When we do, we will do our best to determine whether the scam is valid or not. In this case, it was proved false. Unfortunately, many scams are real as past reports have shown. Think that you've seen a scam? Let us know by emailing us at tips@appadvice.com. 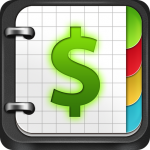 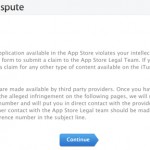 Apple Makes It Easier For Developers To Report Infringing Apps
Nothing found :(
Try something else