You are using an outdated browser. Please upgrade your browser to improve your experience.
by Bryan M. Wolfe
January 30, 2013
The number of vehicles that will support Siri’s hand-free integration, called Eyes Free, has grown yet again. Honda has announced that the Accord as well as the Acura RDX and ILX 2013 models will include the feature, according to Engadget. Says Vicki Poponi, assistant vice president of automobile product planning, American Honda:

Offering Honda and Acura owners Siri and its Eyes Free mode via Bluetooth is an incredible opportunity to provide next-generation connectivity and meet our customer's ever-changing needs.

At this month’s CES, Hyundai announced that they would include Eyes Free in some of their 2013 model vehicles. Siri Eyes Free mode was introduced by Apple at last year’s Worldwide Developer Conference (WWDC). At the event, Apple announced that it had partnered with a number of car manufacturers to integrate Siri into their vehicles. These initial partners were: BMW, Mercedes, Land Rover, Jaguar, Audi, Toyota, Chrysler, Honda, and General Motors. Pricing on Siri Eyes Free on Honda and Acura vehicles has yet to be announced. Source: Engadget 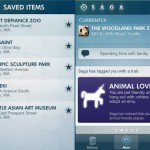 Saga Voice Assistant To Leave Beta, Return In March To Take On Siri 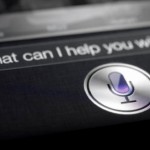 Apple iOS Users Were This Close To Not Having To Deal With Siri
Nothing found :(
Try something else