You are using an outdated browser. Please upgrade your browser to improve your experience.
by Dom Esposito
January 27, 2013
Whether you’re new to iOS, or just want to pick up some useful tips and tricks, we're here to help. This is iOS Advice. Siri dictation is a great feature for iOS devices. This feature can allow you to compose an entire email with just your voice. The best part is, you can use it in any app that has a virtual keyboard on any supported device. The problem is, most of the time, I found myself using a combination of dictation and the virtual keyboard. We have since discovered some great commands you can use with dictation to take full advantage of it on an iOS device. If you’d like to get more out of Siri dictation, watch the video or follow the guide below: http://www.youtube.com/watch?v=7il50lrTfo0

There is quite a long list of commands that can be used with dictation. Most of them are the same commands that can be used with dictation in Mountain Lion. Apple has a great article that contains all of these commands here. Here's a list of commonly used commands for dictation that we go over in the video above: These commands can be used at any time during dictation. Your device will intelligently recognize the commands and prevent them from being typed out within your sentence. Here's an example of a sentence using dictation commands: "Hey what's up question mark new line how are you doing all caps today question mark I have go to work at numeral five comma but we can hang out later period" Using those commands should produce a sentence that looks like this: 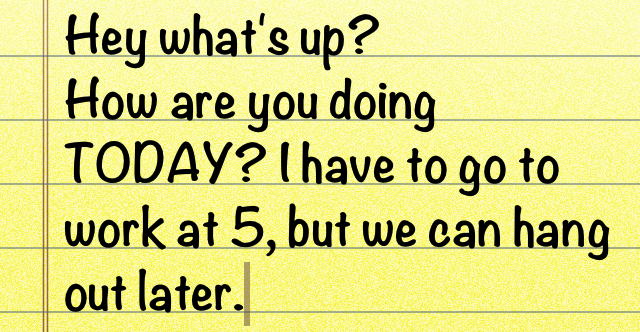 These simple commands can make dictation very useful. It can take a little practice to get used to speaking with the commands, but after you get used to it, it will greatly improve your dictation skills. Now that you’ve learned how to get the most out of dictation on your device, if there’s something else you’d like to see on iOS Advice, please let us know. Send us an email with your question or comment and we might feature your suggestion in a future article. If you need a little more advice, check out our other helpful tutorials.

How To Get The Most Out Of Your Photo Albums

NoAppStatus: Ditch The Status Bar In Certain Apps Without A Jailbreak
Nothing found :(
Try something else