You are using an outdated browser. Please upgrade your browser to improve your experience.
by Bryan M. Wolfe
January 15, 2013
That Mark Zuckerberg is such a tease. After reports suggested that Facebook’s big announcement today would be the launch of a smartphone, instead we got a new search tool. As I said to my colleagues, the announcement had a 2003 feel to it, even though it is 2013. This isn’t to say that Facebook’s Graph Search, as the new product is called, will be a miss. Rather, it sounds like something the social network should have provided to users years ago. Okay, maybe not a decade ago, given that Facebook formed in 2004, but before now. Now that Graph Search is here, lets take a look. Currently available in closed beta, Graph Search ties together Facebook user content as it relates to photos, places, interests, and people. For example, a Facebook member could use it to search for the best Chinese food near their location, or to find the bands their friends enjoy most. Additionally, Graph Search could be used to find any photo taken by friends before or after a certain year. When I first heard about Graph Search, my immediate reaction was that this would be bad news for companies like Yelp, which pulls together user reviews of restaurants, hotels, and the like. However, Facebook isn't introducing Graph Search to take on a little guy like Yelp. Rather, Facebook's real goal here is to take on Google and the No. 1 search service in the world, no matter what Zuckerberg may have said today. From there, I also wondered what Graph Search would mean for iOS users. Zuckerberg didn’t specifically mention how Graph Search would tie into his company’s mobile strategy. I would expect, however, that we’ll eventually see this arrive on the iPhone/iPod touch and iPad. More specifically, given Tim Cook’s fondness for Facebook (see OS X Mountain Lion and iOS 6), I wouldn't be at all surprised to see Graph Search fully integrated with iOS 7 and the next version of OS X. Besides, Apple would just love to help Facebook bring Google Search down a notch or two. We’ll keep you updated on Graph Search as it makes it way through beta, and to mobile devices. In the meantime, Facebook users can request an invite by going here.

Eight New Features We Want To See In iOS 7 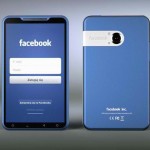 Rumored Smartphone And Messenger For iPad To Debut At Facebook Press Event?
Nothing found :(
Try something else