You are using an outdated browser. Please upgrade your browser to improve your experience.
by Bryan M. Wolfe
January 23, 2013
When Samsung launches the Galaxy S IV, it will include a 4.99-inch 440ppi Full HD Super AMOLED display. In other words, a display much better than the one Apple currently offers on the iPhone 5, according to TechCrunch. Samsung’s new phone, which should be announced in April, will include display panels that “use hexagonal and diamond-shaped pixel layouts, as opposed to your standard squares, to pack even more pixels into the display.” But, it gets better. DigiTimes suggests that Samsung’s new layout format will allow them to “stretch smaller screens beyond the 440ppi level, certainly revving up competition in the all-important smartphone display space.” The iPhone 4, which launched in 2010, was the first phone that included a Retina display, a 326ppi LCD screen. Since then, others have attempted to duplicate what Apple had done. So far, however, these attempts have resulted in larger displays with lower pixel density. Sony’s Xperia Z, and HTC’s Droid DNC, which have been announced, will both have 5-inch 440ppi displays. Apple, meanwhile, is said to be working on a handset with a 4.8-inch display. As usual, we'll keep you updated. Source: TechCrunch 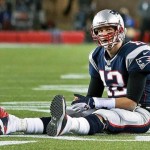 Get Ready To Hear The Term 'iPhone mini' A Lot More In 2013
Nothing found :(
Try something else