You are using an outdated browser. Please upgrade your browser to improve your experience.
by Bryan M. Wolfe
January 2, 2013
The iPhone is one of the best-selling smartphones of all time. Like all products, however, Apple’s smartphone will eventually meet its demise as changing consumer tastes and technology advances take hold. What will replace the iPhone? A wearable computer, of course, according to AppleInsider. Gene Munster with Piper Jaffray is convinced that within 10 years time, wearable computers will overtake smartphones as must-have items. When that happens, he believes that Apple will be in the forefront. As the analyst suggests in a note to investors:

We believe technology could progress to a point where consumers have a tablet plus wearable computers, like watches or glasses, that enable simple things like voice calls, texting, quick searches, navigation, etc. through voice control. Longer term, screens in glasses or projectors could replace the necessity of a screen from a smartphone or tablet.

For this to happen, Munster sees Apple leveraging the company’s Made for iPhone program. The result could be wearable “clothing, shoes, belts, earrings, bracelets, hats, etc.” This all sounds futuristic and somewhat crazy, as it should. Still, it sounds exciting too, no? Source: AppleInsider Photo: Star Trek 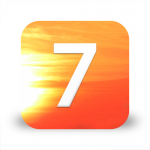 Day One Of New Year Brings First Sightings Of Next iPhone And iOS 7
Nothing found :(
Try something else