You are using an outdated browser. Please upgrade your browser to improve your experience.
by Bryan M. Wolfe
January 16, 2013
Along with his recent iPhone 5S suggestions, KGI Securities analyst Ming-Chi Kuo has opined what could be coming from Apple with regards to future iPads. According to Kuo, the fifth-generation iPad will sport a design that looks very similar to the iPad mini, according to AppleInsider. The next 9.7-inch iPad will be “significantly lighter and slimmer” than previous models, according to the analyst. As such, the device will feature a narrow border design similar to the one found on Apple’s smaller tablet. Kuo expects the iPad 5 to launch during the third quarter of 2013. Previous rumors had suggested that Apple would release the new iPad much earlier in the year. The analyst also expects Apple to launch an updated iPad mini later this year that will include a high-resolution Retina display. Again, he believes that this will happen later in the year. AppleInsider notes that Kuo’s previous notes about Apple products have been accurate. He was one of the first, for example, to suggest that Cupertino would launch the iPad 4 before the end of 2012, and just months after the iPad 3 had arrived earlier in the year. Put together, Kuo concludes that Apple has not, in fact, moved to a shorter release schedule for the company's line of mobile devices. Interesting, don't you think? For further reading, see: It Isn't Hard To See Just How Quickly Our iOS Devices Could Become Outdated In 2013. Source: AppleInsider Photo: PC Advisor 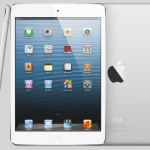 The iPad 5, iPad mini 2 Due To Arrive In March Says Report