You are using an outdated browser. Please upgrade your browser to improve your experience.
by Bryan M. Wolfe
January 21, 2013
On Wednesday, Apple will announce the company’s earnings during the holiday quarter. While most expect Apple to report amazing results, it is what Apple CEO Tim Cook says afterwards that will be most important, according to AppleInsider. Apple’s stock is down around 30 percent since September, because investors are concerned with the company’s long-term prospects. In other words, even if Apple were to announce record earnings this week for the October through December time period, Wall Street wants to know more. This is why Cook’s words, and those of CFO Peter Oppenheimer, will be most important. Apple is expected to announce sales of at least 50 million iPhones and 23 million iPads. If correct, these would be much higher than the numbers recorded during the same quarter last year. In 2011, Apple sold 37 million iPhones and 15 million iPads. 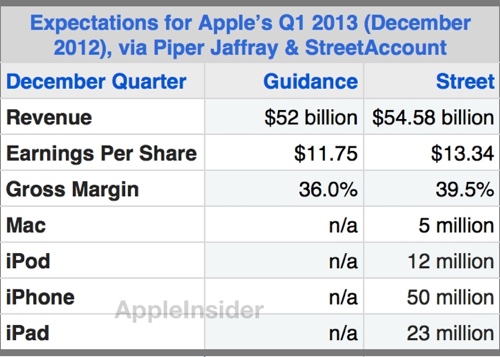 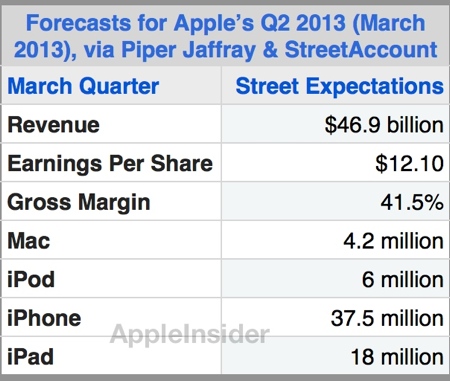 At the same time, Mac and iPod sales are expected to fall compared to 2011. For the Mac, most expect to see sales of 5 million units versus 5 million a year ago. With the iPod, sales should come in at around 12 million, versus 15.4 million 12 months earlier. What worries investors are the margins Apple announces on those sales and what this means going forward. As such, all eyes will be on Cook and Oppenheimer when they get to the guidance portion of their presentation. Many believe that margins have dropped because the company revamped much of their lineup during the final months of 2012. Plus, most market watchers expect the company to sell 37.5 million iPhones, 18 million iPads, 4.2 million Macs, and 6 million iPods. Apple will report earnings for the first quarter of fiscal 2013 on Wednesday, Jan. 23 after the market closes. AppAdvice will provide full coverage. For more, see: Apple Could Announce A Record-Breaking Quarter In Terms Of iPhone Sales, and Only Apple Knows For Sure Whether The iPhone 5 Is In Trouble. Source: AppleInsider 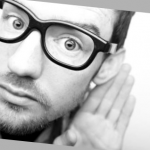 Reuters Gets Lazy And Publishes An Apple-Related Non-Story 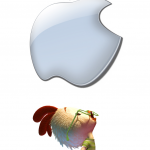 Another Doom And Gloom Forecast Ahead Of Apple’s Release Of Financial Numbers
Nothing found :(
Try something else