You are using an outdated browser. Please upgrade your browser to improve your experience.
by Bryan M. Wolfe
January 22, 2013
Verizon Wireless is out with the company’s fourth quarter earnings report. Although the largest carrier in the U.S. did report record smartphone activations, the company ended the year with a loss due to other factors. From October through December, Verizon added 2.1 million postpaid devices. Additionally, 9 percent of the company’s existing contract base upgraded their device during the quarter. In total, smartphones accounted for more than 58 percent of the Verizon retail postpaid customer phone base, which is a rise from 53 percent during the third quarter. Despite the record smartphone sales, pension charges as well as Hurricane Sandy affected earnings in a negative way. For the quarter, the company lost $1.48 per share on quarterly revenues of $20 billion. The losses totaled $1.93 billion. For all of 2012, Verizon saw total revenues hit $75.9 billion, up 8.1 percent over full-year 2011. Updated: According to AllThingsD, Verizon activated a record 9.8 million smartphone during the quarter. Of those, 6.2 million were iPhones. This is a total of 63 percent of total Verizon smartphone activations. Apple announces their own earnings tomorrow, Jan. 23. 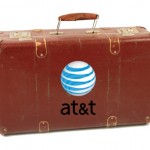 After The T-Mobile Fiasco, AT&T Is Now Looking To Expand Into Europe
Nothing found :(
Try something else