You are using an outdated browser. Please upgrade your browser to improve your experience.
by Bryan M. Wolfe
January 7, 2013
Apple has announced that the App Store has reached a new milestone. The Store, which first opened in July 2008, has generated 40 billion app downloads, with nearly half of those occurring in 2012. During the month of December alone, over 2 billion apps were downloaded. What is even more remarkable about the 40 billion number is that it doesn't include re-downloads and updates. According to Eddy Cue, Apple’s senior vice president of Internet software and services:

It has been an incredible year for the iOS developer community. Developers have made over seven billion dollars on the App Store, and we continue to invest in providing them with the best ecosystem so they can create the most innovative apps in the world.

The App Store currently offers more than 775,000 apps to iPhone/iPod touch and iPad users in 155 countries around the world. Of these, 300,000 were specifically created for iPad. It will be interesting to see what the December numbers mean for iOS device sales. We'll know soon enough as Apple will announce the company's holiday quarter sales on Jan. 23. 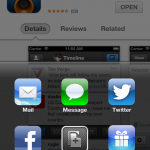 'Tis The Season For The Return Of App Gifting On iOS 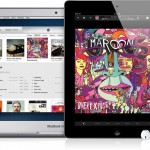 Apple Launches iTunes Store In Russia, 55 Additional Countries
Nothing found :(
Try something else