You are using an outdated browser. Please upgrade your browser to improve your experience.
by Bryan M. Wolfe
January 14, 2013
Imagine purchasing an iPad at a reputable store, finding out that it was a fake, and then being told that you could not return it. This is what happened to Jamie Frick at Walmart, according to NJ.com. Frick’s woes started on the morning of Sunday, Jan. 6 at the Walmart in Cedar Knolls, New Jersey. It was there that she purchased an 16GB iPad for $499. It is important to note that the device was in an iPad box that was shrink wrapped. Unfortunately, the device didn’t work. In fact, it wasn't an real iPad.

When nothing happened, she noticed other discrepancies: the buttons didn’t really work, the screen looked slightly scratched and the Apple icon on the back of the iPad was not engraved, but “plastic-y.” She continued her examination and noticed the serial number on the iPad was different from the one on the box. And, she had purchased a 16-gigabyte machine, but the one in her hands said it had 64-gigabytes.

At first, Walmart refused to replace Frick’s purchase. She said:

I then got very upset, and asked why, and he said that based on the surveillance tapes, they saw me purchase an iPad, but the iPad I purchased was different in the video. When I explained that the shrink wrap was different but not obviously different, he said, again, without apology, ‘There is nothing to do for you here,’ and then walked away.

After filing a claim in small claims court, Frick then went to the media to discuss her situation. In the end, the media coverage seemed to do the trick. Saying that “things have changed,” Walmart reversed course and refunded Frick her money plus a $50 Walmart Gift Card for her “inconvenience.” Walmart will also reimburse Frick’s court filing fees. In the meantime, Walmart says that they will take a closer look at how they process iPad returns in the future. This is a strange story that leaves a few unanswered questions. For one, the device that Frick had purchased was clearly a display model given the "plastic-y" backside. Why then, was it shrink wrapped? For another, what did Walmart employees actually see on the surveillance tape that caused them to initially refuse to issue Frick with a refund? Obviously, Walmart saw nothing on the tape that led them to believe that Frick had stolen something. Plus, she had her receipt. So what happened? My only guess is that someone at Walmart messed up and that it took media intervention to make it right. Source: NJ.com 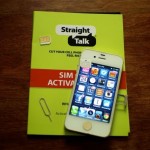 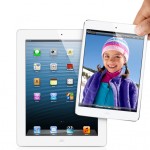 Just The iPad Would Be The 11th Largest Tech Company In America
Nothing found :(
Try something else