You are using an outdated browser. Please upgrade your browser to improve your experience.
by Bryan M. Wolfe
February 14, 2013
Foresee surveyed 6,200 customers about their online shopping experience at 25 of the top mobile commerce companies. Amazon, Apple, and QVC scored the highest, followed closely by NewEgg, and Victoria’s Secret. The survey, which surveyed participants between Thanksgiving and Christmas, showed that the overall ratings of the top 25 companies improved year-over-year. In 2012, the average satisfaction score was 78 out of 100. A year before, the average was 76. The companies that scored lowest this year included Target, Walmart, Gilt.com, and Shop NBC. 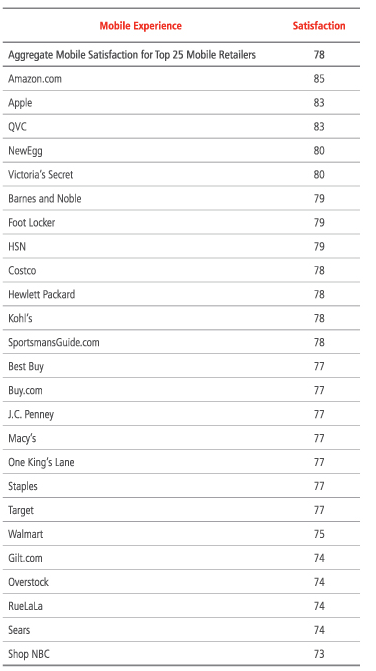 Other findings include: See also: The iPhone 5 Ranks Fifth In Customer Satisfaction In Crazy New Survey.
Nothing found :(
Try something else