You are using an outdated browser. Please upgrade your browser to improve your experience.
by Bryan M. Wolfe
February 6, 2013
During 2012, Apple and Samsung accounted for 103 percent of mobile phone profits. This percentage was possible due to losses incurred by Motorola, Sony, and Nokia Ericsson, according to AppleInsider. For the year, Apple's profits amounted to 69 percent of the industry. Samsung, meanwhile, took 34 percent. These numbers were announced by Canaccord Genuity. During the fourth quarter, Apple’s percentage of mobile phone profits was 72 percent, while Samsung’s was 29 percent. This was likely due to the arrival of the iPhone 5 during the October through December quarter. 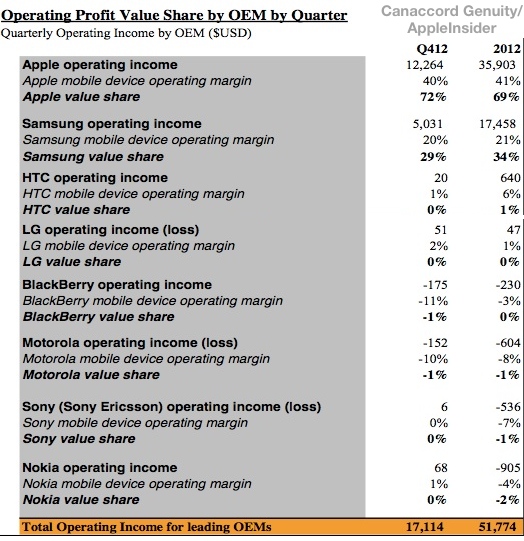 In 2012, Nokia’s losses resulted in a profit share loss total of 2 percent, while Motorola and Sony Ericsson lost 1 percent each. Amazingly, HTC was the only other company that reported a positive profit share. In 2012, HTC accounted for just 1 percent of industry profits, while BlackBerry and LG broke even. While talk recently has focused on Apple’s apparent woes, these numbers tell a different story. After all, who wouldn’t want a 69 percent profit share? Source: AppleInsider 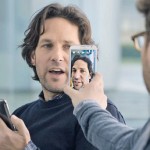 The AppAdvice Week In Review: Super Bowl Sunday Edition
Nothing found :(
Try something else