You are using an outdated browser. Please upgrade your browser to improve your experience.
by Bryan M. Wolfe
February 6, 2013
One of the most popular and often used features of iOS is now patented by Apple. The company’s signature “slide-to-unlock” unlocking mechanism was awarded a patent by the U.S. Patent and Trademark Office. A patent was also approved for Apple's iPhone 3GS, according to PatentlyApple. The first, No. D675,639, is for an "ornamental design for a display screen or portion thereof with a graphical user interface." This includes illustrations of the familiar horizontal bars with rounded corners found at the bottom of locked iOS screens since the first iPhone debuted in 2007. The slide-to-unlock functionality has been the subject of lawsuits brought by Apple against competitors in recent years. Both Motorola and Samsung have been accused of violating the patent, which was first submitted for approval in 2011. Other slide-to-unlock litigation continues around the world. Patent design No. D675,612 covers the "ornamental design of an electronic device." Although it is for an iPhone that is no longer on the market, Apple has used the patent in lawsuits against Samsung. Credits for each patent include: 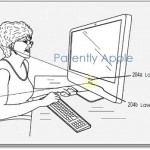 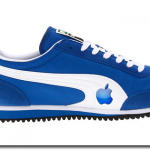 Apple Working On A Smart Device That Tells Users When To Replace Their Sneakers
Nothing found :(
Try something else