You are using an outdated browser. Please upgrade your browser to improve your experience.
by Bryan M. Wolfe
February 21, 2013
Back in October, some users were upset when Apple unveiled the fourth-generation iPad just seven months after the previous model arrived. Now the Brazilian Institute of Politics and Law Software (IBDI) has filed suit against Apple, claiming that the quick release of the iPad with Retina display constitutes “planned obsolescence” with regards to its predecessor, the New iPad. According to Brazil’s Jornal do Comerciao, IBDI believes that Apple could have implemented the technological updates of the iPad 4 into the iPad 3. By not doing so, they believe that Apple took part in unfair business practices. Were Apple to lose in court, iPad 3 users in Brazil could receive some compensation. Says IBDI attorney Sergio Palomares:

Consumers thought [they were] buying high-end equipment not knowing [it] was already an obsolete version.

Not knowing Brazilian law, I’ll still go out on a limb and call this lawsuit nonsense. The New iPad and iPad with Retina display are different in three ways. For one, the current generation tablet includes an A6X processor versus the A5X processor that came with the discontinued iPad 3. It also includes a FaceTime HD camera. The previous model included a VGA front-facing videophone camera. Finally, the iPad 4 includes Apple’s new Lightning connector. The iPad 3 included a 30-pin connector. Each of these changes are obviously hardware-related and wouldn’t have been a quick fix. Besides, while some may take a difference of opinion, I don’t believe that these changes are all that significant. It should also be noted that iPad 3 buyers who had purchased their tablet within 30 days of the iPad 4 announcement were able to make a return. In addition, as I recall, some retailers extended this policy even further. Still, I will concede that I thought Apple was wrong when they announced the newest iPad with a new name and version number. Instead, I thought it would have been wiser for Apple to simply call it a modification to the iPad 3. Depending on how this lawsuit goes, Apple may be wishing that they had thought the same thing. This isn't the the only bad news for Apple coming out of Brazil. Earlier this month, Cupertino lost the Brazilian trademark there for the iPhone. 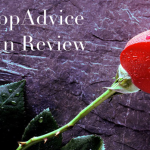 The AppAdvice Week In Review: iWatch Rumors, Brazil Rejects The 'iPhone' And More

Apple Loses iPhone Trademark In Brazil, Lodges Appeal Against Ruling
Nothing found :(
Try something else